A collection of research papers by dr. P.C. Boer 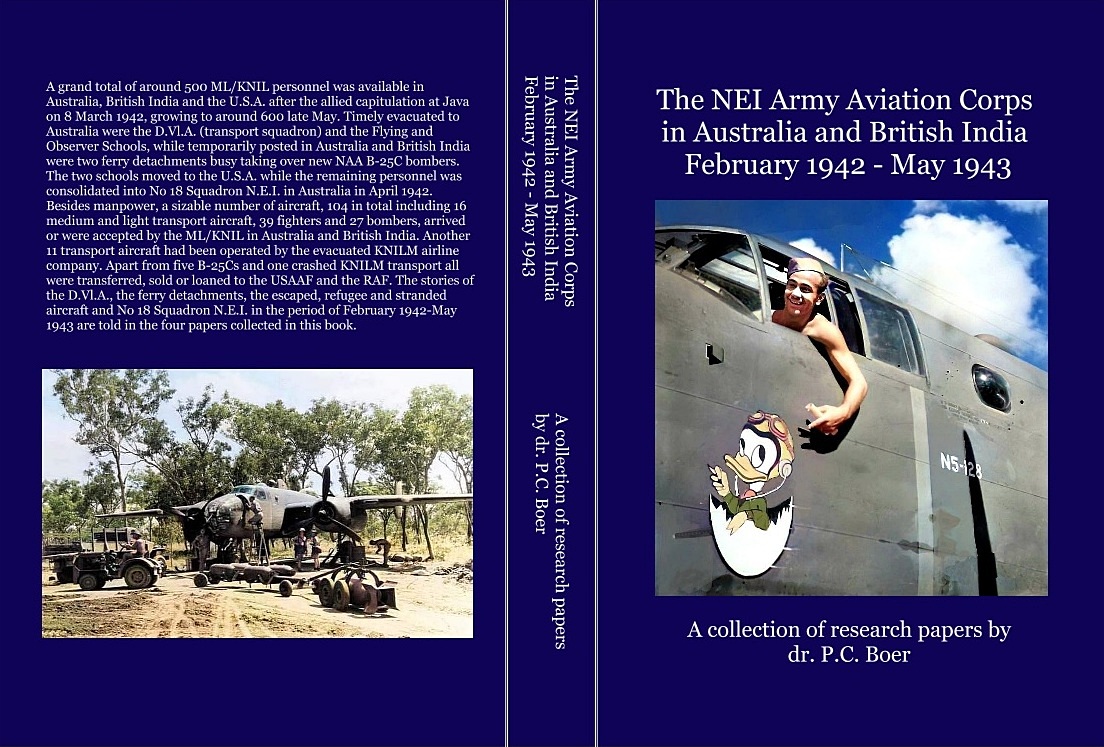 A grand total of around 500 ML/KNIL personnel were available in Australia, British India and the U.S.A. after the allied capitulation at Java on 8 March 1942, growing to around 600 by late May. In a timely manner were the D.Vl.A. (transport squadron) and the Flying and Observer Schools evacuated to Australia , while temporarily posted in Australia and British India were two ferry detachments busy taking over new NAA B-25C bombers. The two schools moved to the U.S.A. while the remaining personnel were consolidated into No 18 Squadron N.E.I. in Australia in April 1942. Besides manpower, a sizable number of aircraft, 104 in total including 16 medium and light transport aircraft, 39 fighters and 27 bombers, arrived or were accepted by the ML/KNIL in Australia and British India. Another 11 transport aircraft had been operated by the evacuated KNILM airline company. Apart from five B-25Cs and one crashed KNILM transport, all were transferred, sold or loaned to the USAAF and the RAF. The stories of the D.Vl.A., the ferry detachments, the escaped, refugee and stranded aircraft and No 18 Squadron N.E.I. in the period of February 1942-May 1943 are told in the four papers collected in this book.

A collection of research papers by dr. P.C. Boer: