Out of print aviation books and magazines 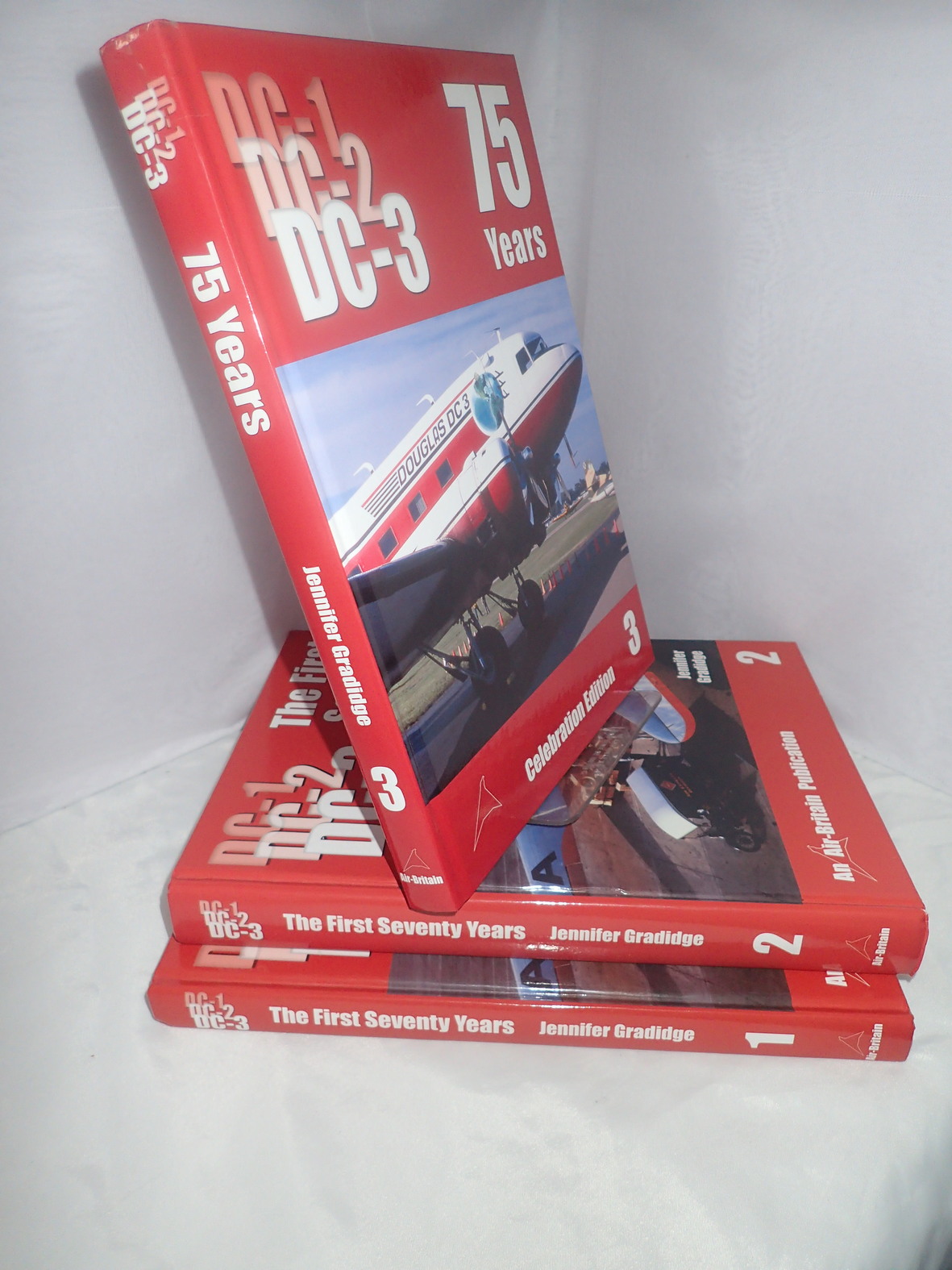 Published by Air Britain
Hardcover
VERY GOOD, AS NEW!!
Total weight about 6 kilo’s, over 1000 pages
The ultimate reference work about the Douglas DC-1, DC-2 and DC-3 in three volumes.
Volume One covers all countries and companies that used these aircraft.
Volume Two covers all individual aircraft by the construction number.
Volume Three gives updates and corrections
Richly illustrated with many black and white and color photographs

38 years of this world famous aviation magazine for sale! 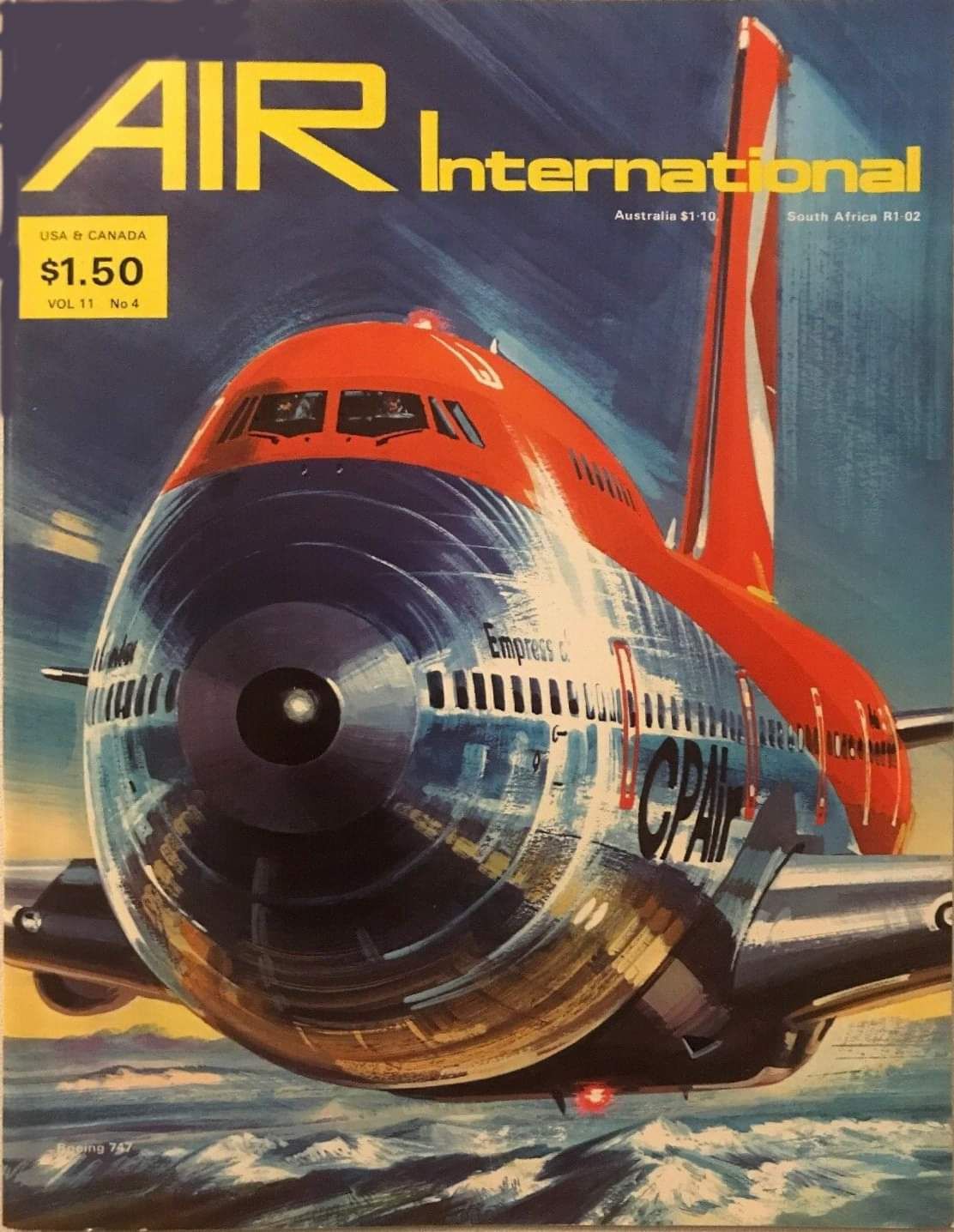 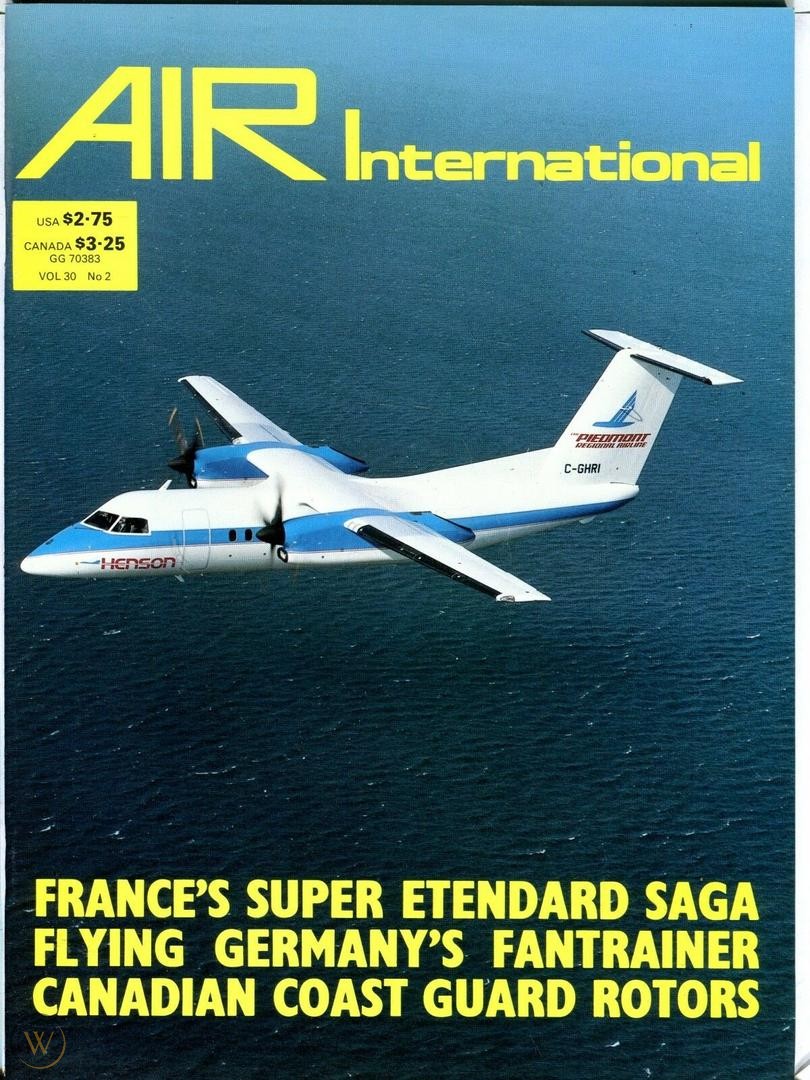 Air International was and is a high quality civil and military aviation magazine. It features well-written and well-illustrated articles on aircraft and their operators/air forces.

In the early 1950’s aviation and military author William Green was technical director to RAF Flying Review, then editorial director when it became Flying Review International in September 1963. With its large b+w and colour photos, cutaway drawings and colour profile drawings it became the premier aviation magazine in the UK. Unfortunately, in September 1968 it was redesigned to a larger size and now included monthly updates to the authoritative annual publication ‘Jane’s All The World’s Aircraft’, together with regular features on the aircraft industry, (simulators, avionics, components etc). This attempt at a ‘Jane’s Monthly’ was obviously not a success, as the magazine ceased publishing with the September 1970 issue.

Shortly after the demise of ‘Flying Review International’ William Green and Gordon Swanborough jointly created a new monthly magazine, of which Green remained managing editor until late 1990. The magazine was first published in June 1971 with the name ‘Air Enthusiast’. In January 1974 its title was changed to ‘Air Enthusiast International’ and finally to ‘Air International’ in July 1974.

All magazines are bound in the original high-quality magazine binders, the perfect item to keep back issues in perfect condition. Each binder holds one year - 12 issues - of Air International.

AND… each binder holds the original Air International multi-page index for that year!!

To be picked up at my home address in Venlo, Limburg, The Netherlands. 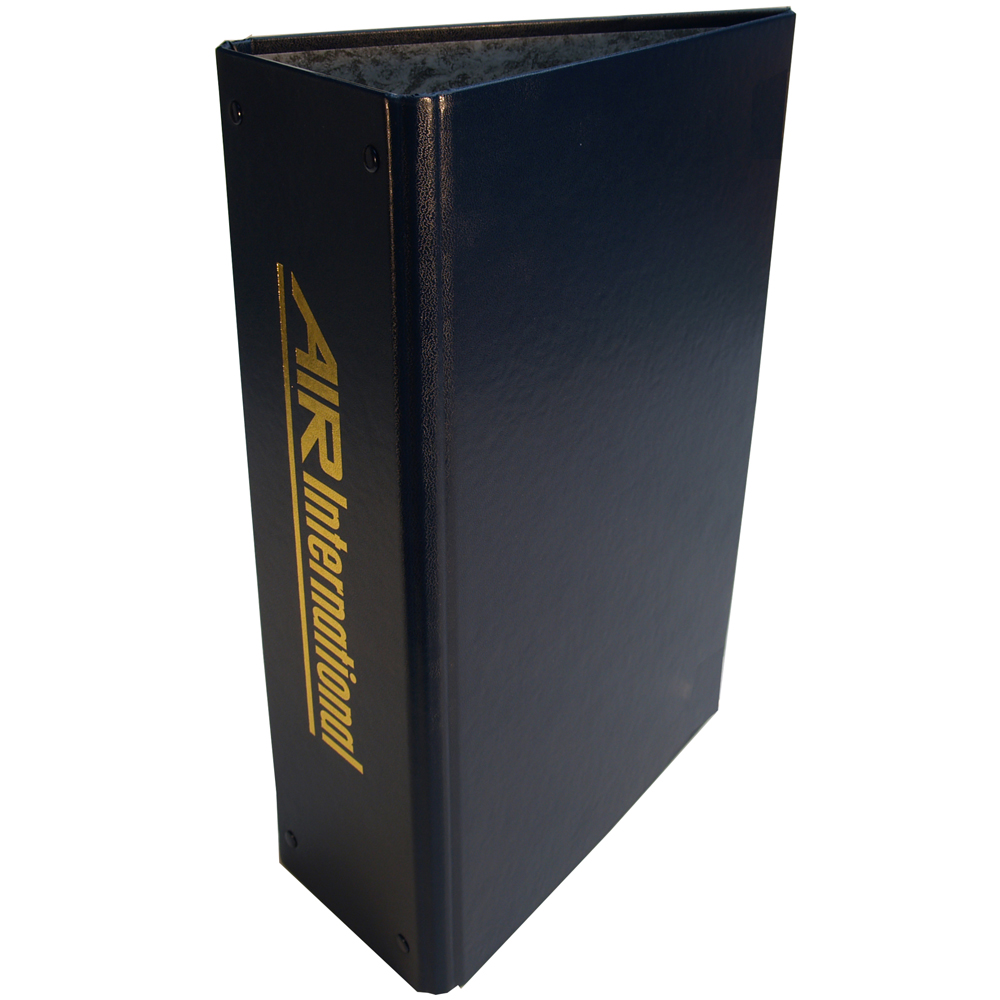 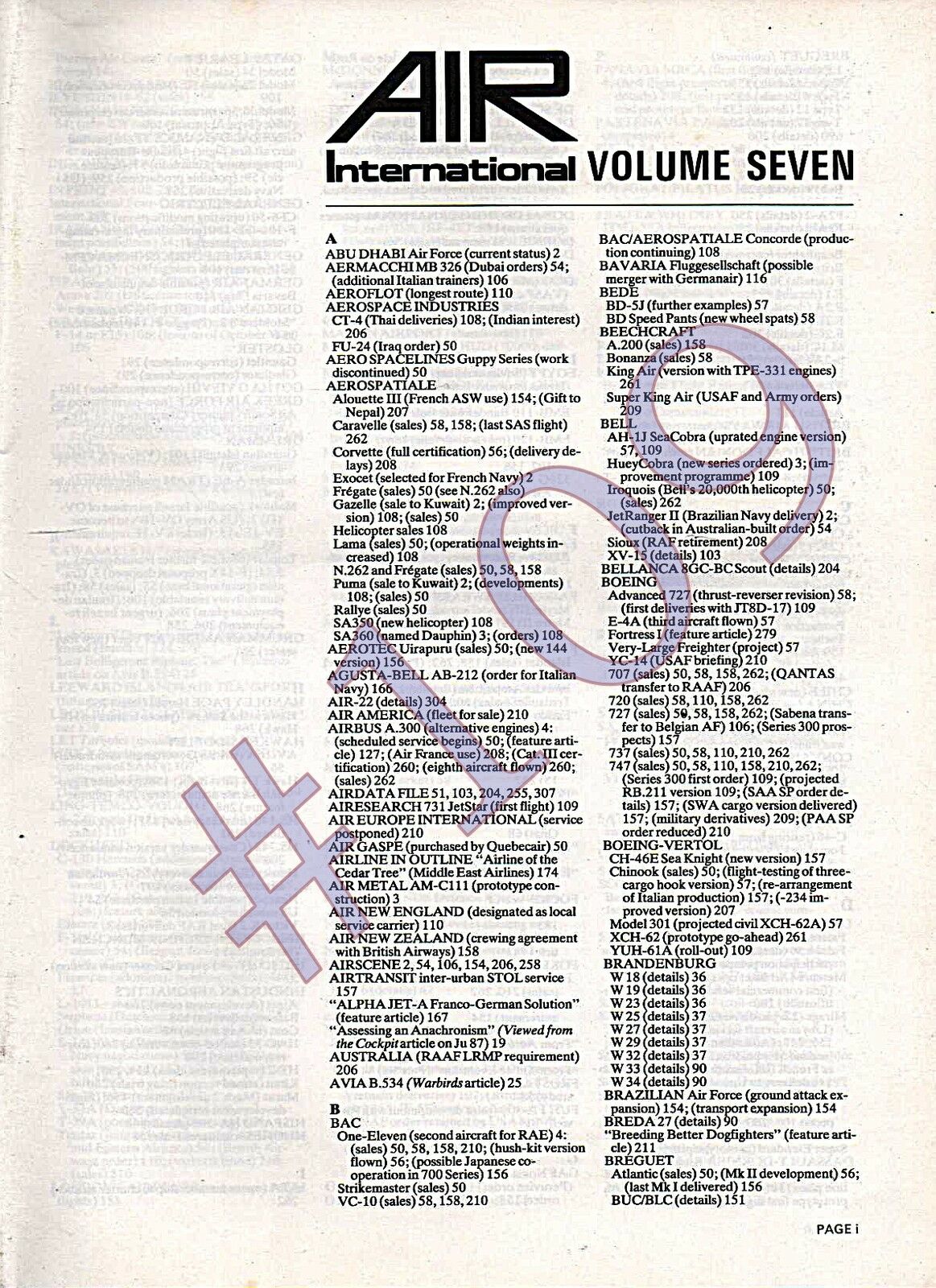 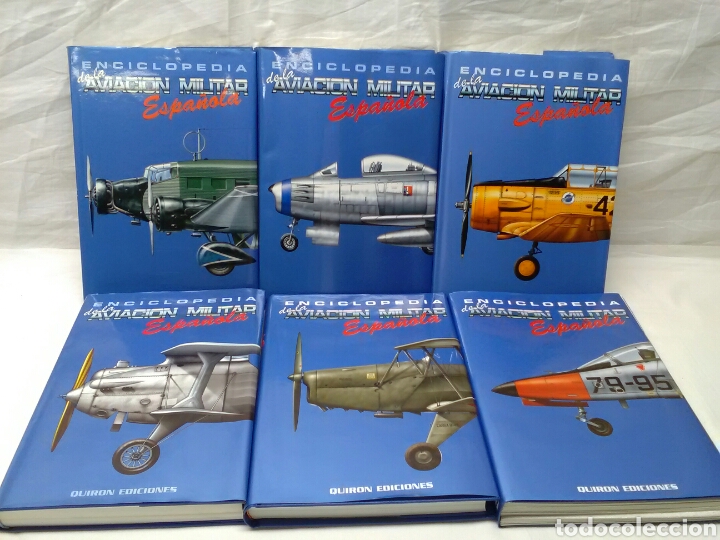 The ‘Enciclopedia de la Aviación Militar Española’ was a part-work encyclopedia of Spanish military aviation. It was issued in a total of 130 parts by Quiron Ediciones, Spain. Frequency of publication not known. 20 A4 pages in each issue. Availability: news-stand. Issues per Year: unknown First Year: around 2000. Last Year: 2012. Language: Spanish.

Posted on November 05, 2012 by Roberto Plà on http://robertopla.net/blog/enciclopedia-aviacion-militar-detenida.htm
The Encyclopedia of Spanish Military Aviation stops its publication
The news reaches me that with issue 130, the "Encyclopedia of Spanish Military Aviation" interrupts its edition. A real shame because it is a magnificent work in which editorial excellence apparently has not found an economic reality or a project management prone to its culmination. Although the departure of part of the editorial team to found their own suggested something like this, the vicissitudes of the publication of the encyclopedia mean that it does not surprise most of its followers either.
I was a subscriber and at the same time I participated as an author with the preparation of an article (On the emblems of the units of the Alert and Control network). I am proud to have participated in one of the most ambitious, complete and best-elaborated projects in our aeronautical publishing history, but it was written that it would be an unfinished project, I think partly because of its ambitious horizon but also because of the approaches and management .
The proposals were that the encyclopedia was the project of some 'aerotrastornados' who have a publishing house. It was not a business but an illusion. Publishing aeronautical books in Spain is difficult and in some cases I have been told about books that had more sales in Australia than in Spain…. So any savvy businessman would go to Australia… or Hong Kong to edit instead of taking the risks of continuing to do so in this wasteland of aviation culture.

Shortly after this message Quiron Ediciones bound the first 120 issues of the encyclopedia firmly into six large volumes with a total of 2022 pages. The front and rear covers of the original issues were discarded, so that left 16 pages of the original 20 for each chapter. That way it was also easier to combine more issues of a single subject. No doubt this was done to recoup part of their loss on the project.
To me, these six volumes belong to the most beautiful and best researched aviation books I have ever seen in my life. Full color photography is used wherever possible, large general arrangement drawings, hundreds of full color profiles.
Volumes 1, 2 and the first half of volume three are devoted to an in-depth history of Spanish military and naval aviation from its origins to the present day. The encyclopedic part on the various aircraft used during that time starts in the second half of volume 3 on page 737 with the Adaro 1. E-7 Chirta biplane (I had never heard of it before either…) and ends in volume 6 on page 2022 with the Cierva C.19 Mk.IV autogiro.

There is no general index, so I created one myself, in English, based on the original issues but with the page numbers of the six volumes. If you interested in buying the six volumes I will mail you the index on request. I will only sell the six volumes as a complete set.

(and that includes shipping to anywhere in the world). 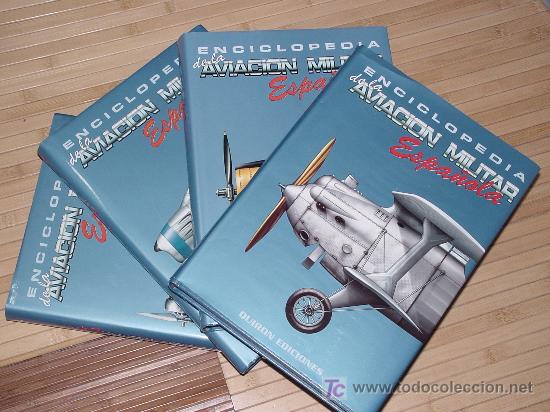 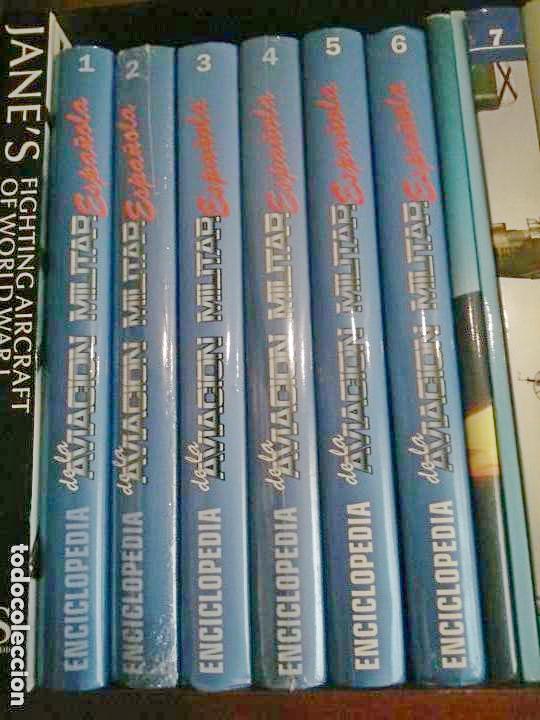 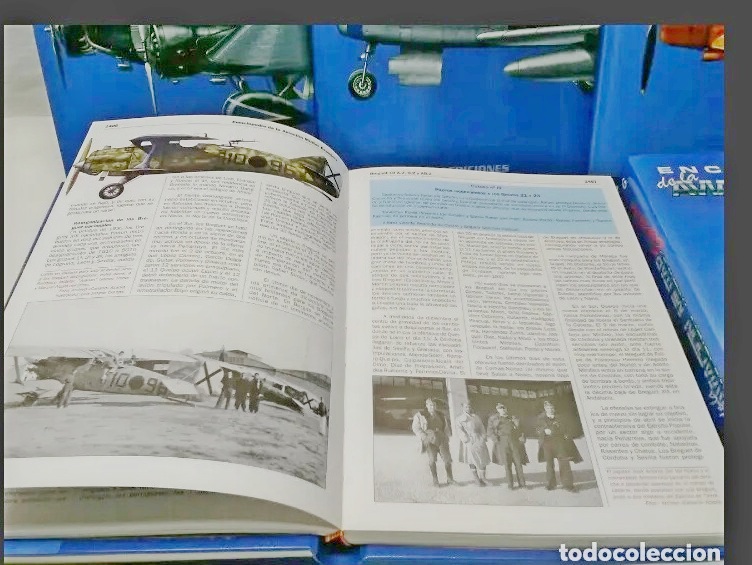 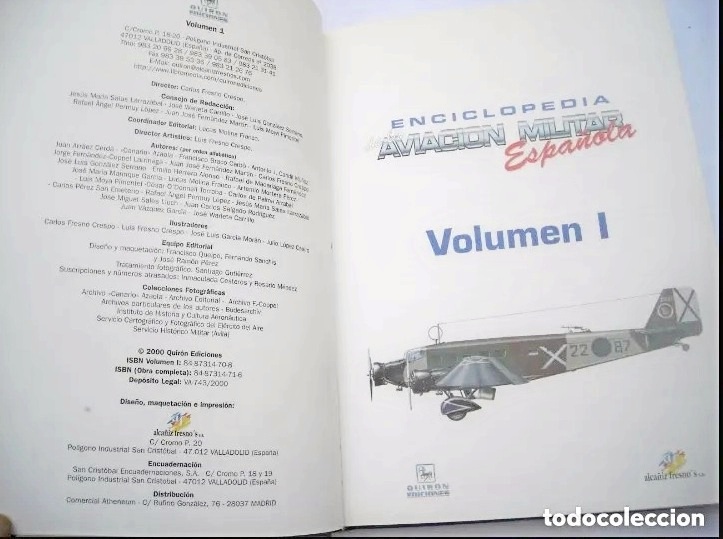 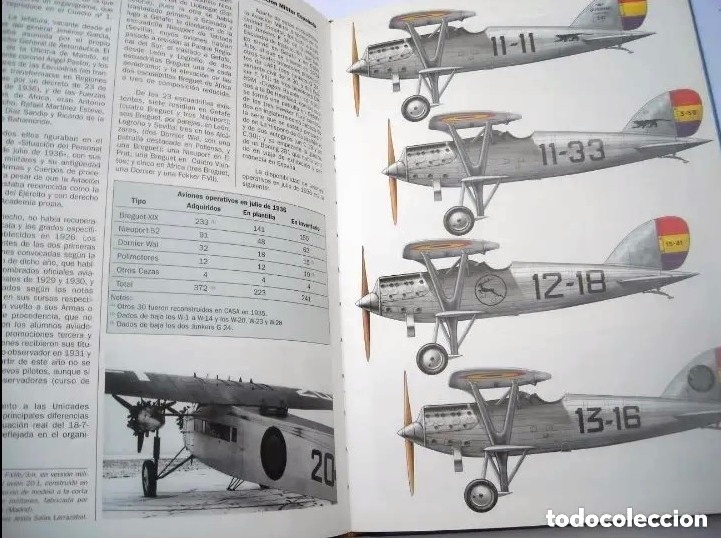 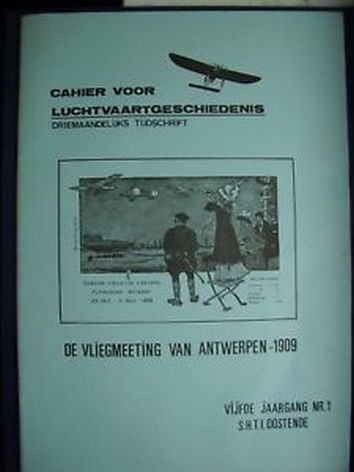 A rare opportunity to purchase this complete set: History of Qantas, by John Gunn, 3 volumes. Excellent condition. Published by the University of Queensland Press 1985 - 1990. Illustrated with several reproductions of black-and-white photographs, pictorial endpapers. Near fine in original red cloth, stamped and lettered in cream, and near fine pictorial dust jacket. The first volume of this trilogy was named Best Australian Book of 1985 by the Foundation for Australian Literary Studies and also won the H T Priestly Memorial Medal. 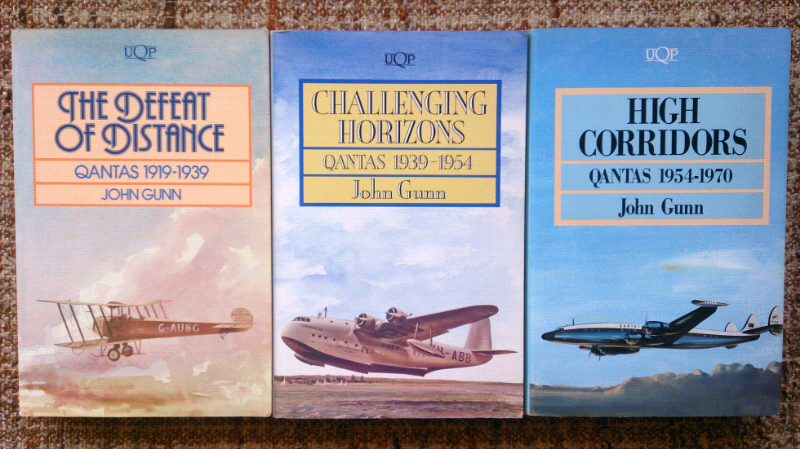 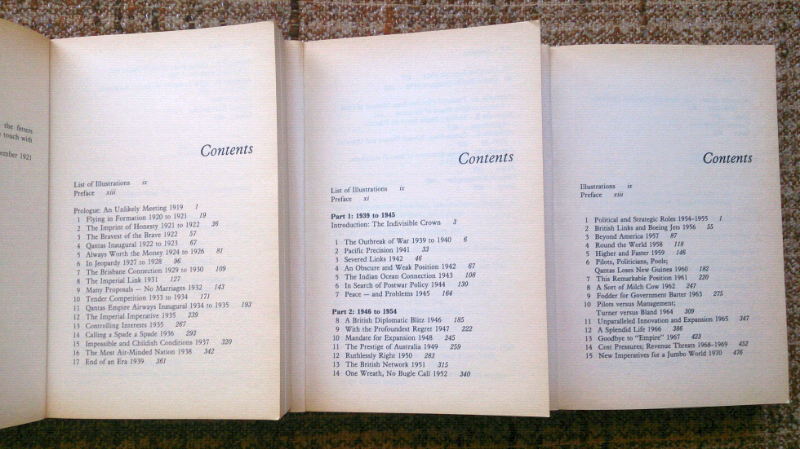 5 – Civil Helicopters by Will Fowler

8 - Piston airliners since 1940 by Dennis Baldry 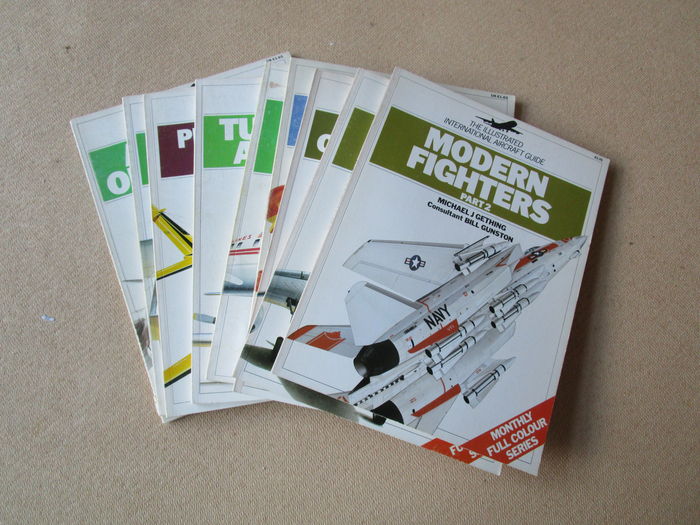 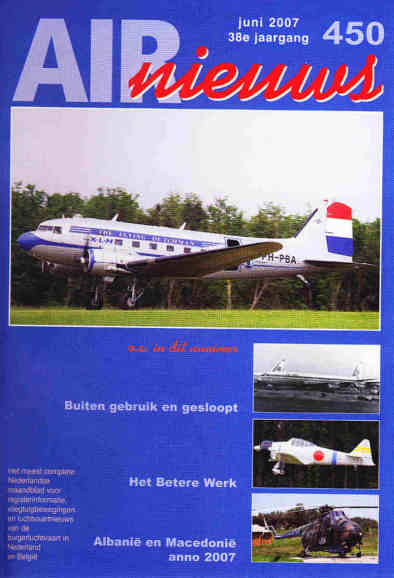 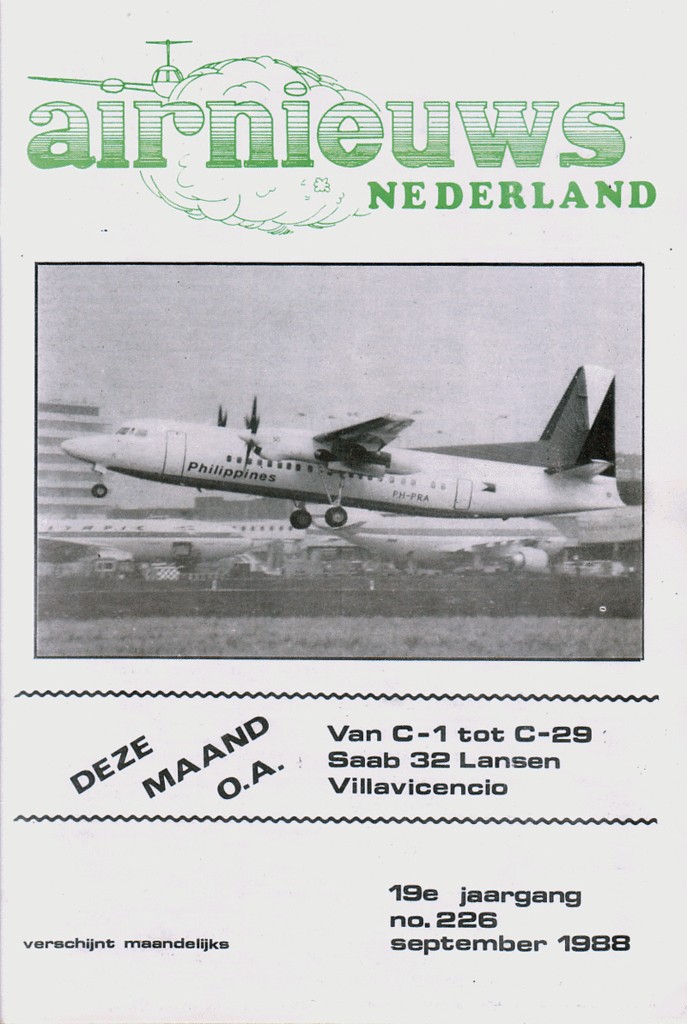 Flying Lanes - Being the Journal of a Flight Around South America and Over the Andes.

New York: Privately Printed, 1937. First Edition, one of 1000 copies. Illustrated with photographs by Robert D. Huntington, and a map by Sisson.

A detailed account of a 25-day flight around South America taken by Mr. and Mrs. Vanderbilt, another couple, one pilot and one mechanic, in a Sikorsky S-43 amphibian with twin 750 hp engines, additional gas tanks to permit the plane to remain in the air for eight hours, and a number of luxurious armchairs “the only ones of this kind yet installed in a plane”.

Vanderbilt, one of America's most distinquished yachtsmen, seemed unable to go anywhere without producing an illustrated account of his journeys, complete, in this case, with technical information (amount of gas used, number of oil changes, etc.) for those who might wish to make such a trip themselves. More to the point, perhaps, is the author's lively narrative, and some excellent photographs of the Andes and elsewhere, many taken by himself.

Vanderbilt had 1000 copies privately printed as give-aways to family, friends and business relations.

Price: €175 (that includes shipping to anywhere in the world) 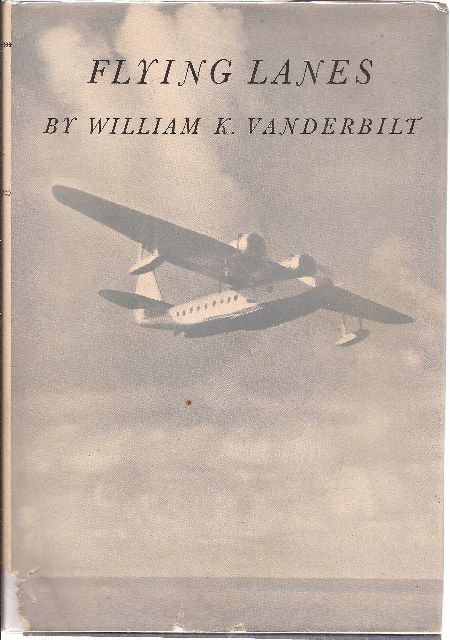